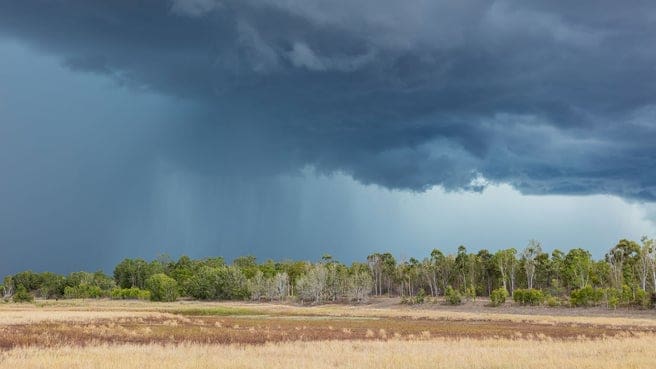 AS climate change shifts Australia’s weather patterns southwards, producers should be adjusting their farming systems and considering where they might be farming in the future, according to the Bureau of Meteorology’s newly-appointed general manager of agriculture, Cindy Cassidy.

“So, we are seeing higher, more frequent rainfalls in the northern part of Australia, and increased frequency of drought conditions and a reduction in overall rainfall moving into the southern cropping regions,” she said.

“The amount of rainfall we are receiving in the April/May ‘break’ is reducing significantly, and we are seeing an increase in the back end of the year. That is a permanent trend that has become established.” 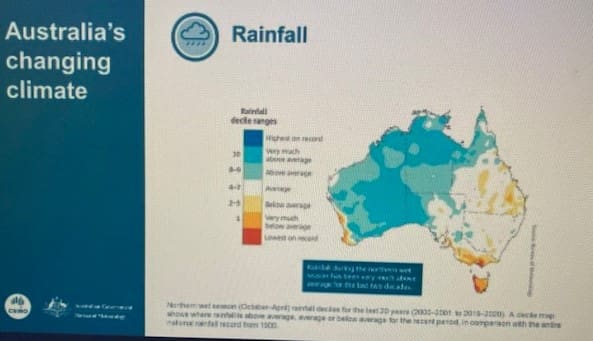 Ms Cassidy said the shifting climate lines would have significant impacts on the types of farming systems that were in place and the decisions farmers made about a whole range of issues. 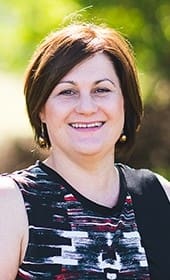 She said most farmers took a long term, generational perspective to planning, which meant that in 30 years’ time they could expect conditions on their farm to be what they currently are 180 kilometres to the north.

“That is a huge change in mindset about where you might buy a new farm and how you might set it up. What you might be thinking about will be the value of the farm you are currently on. Those types of long term investment decisions are coming into play,” she said.

Ms Cassidy said the Australian climate had heated by an average of 1.44 degrees Celsius since 1910.

“We have seen a decline in rainfall between April and October across the whole of southern Australia. That is a significant impact when you think of where a large part of the ag sector operates.”

Ms Cassidy said the climate of the future would see more frequent extreme events and those events themselves would be more extreme.

“That is often captured as a change in average over time, but what we are also seeing with the build-up of variability is a step change.  It’s variable, then suddenly it is no longer how it used to be,” she said.

“We saw a significant change in the way rainfall patterns in south west Western Australia played out in the 1970s, then they changed and never went back. The pattern is completely different.”

Ms Cassidy said the Bureau’s climate data currently covered large, geographical agricultural zones, but efforts were underway to narrow the information down to local levels so farmers could tap into specific locations and find information about conditions in their local region.

It would also help refine the data available to insurers for risk management products.

She said while the Bureau had a wealth of information drawn from its own systems, at the moment it wasn’t possible to incorporate data from the large network of privately-owned weather stations and moisture probes to help better inform insurance policies and decision making.

“The Bureau has really strong security around data. So, ingressing data from outside the Bureau, at this stage, is impossible because it can’t meet the security requirements,” she said.

“Secondly, the Bureau has an intense QA (quality assurance) system over its own data – how their weather stations are set up and the accuracy which they record information. Privately-owned systems don’t have the same level of QA.

“We are working through a process to lift the quality of that data so it becomes more useful so it can be relied upon more heavily, not just by insurers but by farmers themselves.”