The RSPCA yesterday released a detailed report and interactive map that highlight the current state of animal welfare regulation at Australian slaughtering establishments and calls for greater transparency in the sector.

The report – Animal welfare in abattoirs, poultry processors and knackeries — regulatory scorecard – made 13 recommendations, including that the development of Australian Animal Welfare Standards and Guidelines for Livestock at Processing Establishments (applicable to cattle, sheep, goats, horses, pigs, deer, buffalo, camels, alpaca, donkeys and poultry) to replace the Model Code must be urgently prioritised.

“The Model Code, last updated in 2000, covers all slaughtering establishments, however, in most jurisdictions it is not mandatory and is in urgent need of replacing with contemporary standards,” the RSPCA said.

“There is little to no transparency around animal welfare standards or auditing of slaughtering establishments, especially in domestic abattoirs and knackeries.

“When issues are raised and investigations instigated, such as following the release of undercover footage of animal cruelty or poor practices, in most jurisdictions there is no public reporting of the outcomes of investigations,” the report said.

“These problems exist at a time of increasing public concern about livestock production, transport and slaughter, and the regular publication of footage of poor practice at Australian abattoirs, poultry processors and knackeries.” 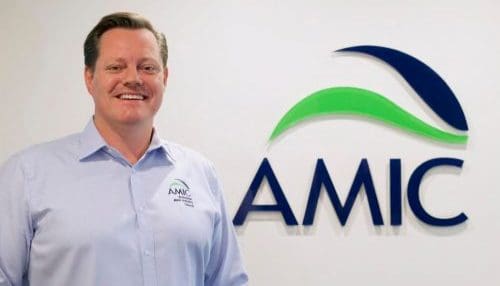 A statement from the Australian Meat Industry Council said the body provided technical feedback to the RSPCA report.

AMIC chief executive officer Patrick Hutchinson said AMIC considers animal welfare to be vital in the sustainable operation of processing establishments and we are committed to proper, stringent and accountable animal welfare practices across the supply chain.

“AMIC strongly agrees with the report recommendation to develop a national Animal Welfare Standard to replace the Model Code as a priority.

“AMIC participated in the development of the initial draft standards under NSW leadership and for several years AMIC has pursued both Commonwealth and State Regulators to progress the development of the Australian Animal Welfare Standards and Guidelines for Livestock at Processing Establishments (Livestock S&G) to implementation.”

The aim of the RSPCA report was to identify gaps in the regulatory system relating to animal welfare in abattoirs (domestic and export), poultry processors and knackeries across Australia and to provide recommendations for how these gaps could be addressed to improve animal welfare in the sector.

The report said the opportunity to improve existing standards via the national Animal Welfare Standards and Guidelines process has undergone delays since 2012 with the last activity recorded in 2017.

“In February 2020 the Agriculture Ministers’ Forum (AGMIN) announced that the process will recommence and be led by the Queensland Government, however, at the time of writing (January 2021) no significant progress has yet been made in advancing this review.”

The RSPCA said the report’s scorecard allows the public to compare, for the first time, the way governments regulate animal welfare in abattoirs, knackeries and poultry processors across the country – “a move that will not only increase transparency but also strengthen the push for better and more consistent regulation”.

“For a long time, the RSPCA has been concerned about the differences in how Australian slaughtering establishments are regulated between states and territories, and what this means for the welfare of animals at those facilities,” said Dr Jones.

“But the public should be able to have confidence that all animals in Australia are handled and slaughtered humanely.

“With the current regulatory system, having that confidence is not always possible.”

“One thing is clear from this report, and that is that in many areas – such as CCTV use – there’s still a long way to go before we can say that all animals slaughtered at Australian abattoirs, poultry processors and knackeries are handled and killed humanely.

“There’s a lot the public doesn’t know about animal welfare in Australian slaughtering establishments – including even how many animals are being slaughtered,” she said.

“We urge government and industry to take note of this report and scorecard. The resumption of progress on the development of the Australian Animal Welfare Standards and Guidelines for Livestock at Processing Establishments provides a crucial opportunity to put in place measures to genuinely improve animal welfare and meet the community’s expectations.”

Click here to read the full report and see the map here.