An interesting week on wool forward and auction markets

IT was another interesting week on the wool spot auction and forward markets.

Tight supply has been pushing spot prices up throughout June, as illustrated in the table below.

The trend continued for 19 microns and broader, but the finer wools stalled at their historically strong levels.

The medium wools look likely to face similar tests. The 19 micron chart below highlights the trials of the last five years. The dizzy heights of 2017 to 2019 saw a fall then a recovery to a base prior to the pandemic. The balanced repositioning since early 2021 has led to price trading between 1600 cents and 1800 cents, with occasional tests in both directions. Expected resistance over 1800 cents has led to demand for forward hedging increase over the last two weeks. 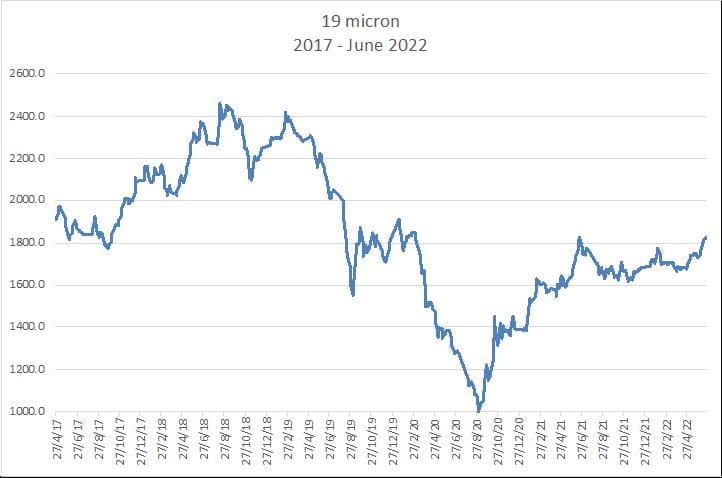 Last week’s forward trading focus was on the Spring, with September and October trading between 1730 cents to 1760 cents. This week, the action was confined to the early Summer and New Year, with December and January trading from 1720 cents to 1735 cents.

The forward market is factoring a five percent discount to spot for the New Year. This seems reasonable on the back of other commodities. Cotton prices have slipped almost 20pc in June, while wool’s Eastern Market Indicator has gained 7pc. This accounts for the sharp uptick in the cotton/wool ratio, shown in the chart below. The low positioning of the ratio has more to do with the recent historically strong cotton prices than any weakness in wool. What it highlights is the volatile and risky nature of all markets at present, be they agricultural, financial or stocks. 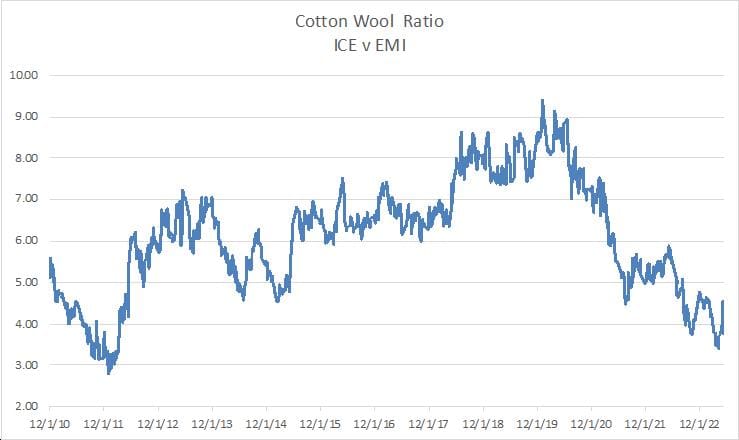 Slightly better supply with Fremantle selling may test the market with the finer wools likely to be more vulnerable. We expect grower interest to be maintained and hopefully demand will lift to accommodate. 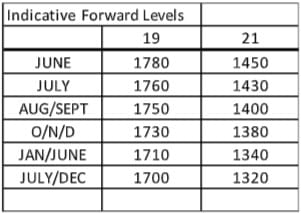