ACCC to focus on red meat, but ‘no Barnawartha agreement’ 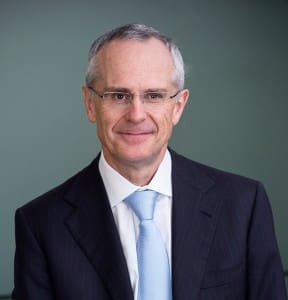 But the Australian Competition and Consumer Commission’s chairman Rod Sims said today evidence obtained by the ACCC did not demonstrate that nine meat processors who failed to attend the Barnawartha cattle sale on February 17 this year had reached an agreement not to attend the sale.

The ACCC recently formed an Agricultural Enforcement and Engagement Unit which has been provided with the information collected during the Barnawartha investigation and has also closely following concerns raised by the sector during the recent Senate Inquiry into the effect of market consolidation on the red meat processing industry.

As one of its priorities in 2016, the AEE unit will focus on reviewing practices in the red meat industry that raise competition or fair trading concerns, the ACCC said.

An ACCC spokesman confirmed that practices in the sheep meat sector will also be reviewed by the Agricultural Enforcement and Engagement Unit next year.

“The agriculture sector is a priority for the ACCC and this investigation has reinforced a number of concerns we have regarding conduct in the red meat sector.

“We will continue to monitor broader competition issues in the red meat sector, including the dynamics of dealings between producers, processors, and market intermediaries,” Mr Sims said.

Mr Sims said the ACCC has identified some competition concerns in its investigation into allegations that nine meat processors collectively boycotted the prime cattle sale at the Barnawartha saleyard on 17 February 2015.

“However, the evidence obtained by the ACCC did not demonstrate that the processors had reached an agreement not to attend the sale.”

The investigation commenced following reports that meat processors had agreed not to attend the sale at Barnawartha in response to the saleyard using pre-weigh selling.

The ACCC conducted an extensive investigation of the conduct due to concerns that any agreement or understanding between the processors may have breached the Competition and Consumer Act 2010 (the Act). To establish a breach of the Act, the ACCC would need to demonstrate that there was an agreement, and a commitment by at least one of the parties not to attend the sale.

The ACCC used its statutory powers to request information, data and documents from all of the nine processors involved. The ACCC followed this up by conducting a number of compulsory examinations of key individuals involved in buying cattle from the Barnawartha saleyard.

The investigation found that there was uncertainty before the sale about whether the Barnawartha saleyard would use a pre or post weigh selling method.  It was also clear that certain processors strongly opposed the pre-weigh method.

“Although it was clear that processors communicated about the sale, the evidence did not demonstrate that any of the processors entered an arrangement or reached an understanding not to attend the sale, which is required to establish a breach of the Act,” Mr Sims said.

“There is a fine line between social discussions about industry issues on the one hand, and exchanging information in circumstances that may constitute an understanding between competitors on the other.

“Competitors talking about whether they will buy goods or services is a high-risk activity which may breach competition laws,” Mr Sims said.